Fourth Street Connections, Inc is the parent company of the dating app Blinda. The company was founded in 2019 in the United States and its owners have had ambitious plans to develop its flagship product since its creation. To this aim, they decided to get involved in the digital world and release a revolutionary dating app that engages not only daters but also their friends.

Blinda's mission is to redefine blind dating with a unique app. This involves close friends of the dates who make up the matchmaking community. As a result, couples are matched based on mutual referrals and areas of interest. No more failed dates resulting from a bad match. 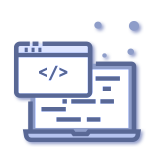 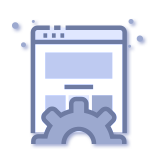 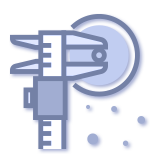 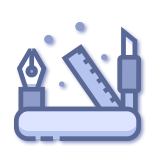 Development of a dating app that will stand out from the available tools with its functionalities.

Creating a dating community that engages not only daters, but also their friends and family. Providing them the right tools to get to know each other and communicate.

Railwaymen's work on Blinda began in early 2020 when we were approached by Steven Irvin with an idea for his app. After our client ended their relationship with another development company, he hired us to handle the work. All activities were preceded by a series of meetings and discussions, during which we discussed the mock-ups, specifications, and determined the full scope of the project.

Together with the client we developed an effective communication system. We communicated regularly with each other, reporting on the progress at various stages of work on the application. There were 7 people involved in the project. Among them were a Project Manager, an UX/UI Designer, 2 Front-End Mobile Engineers, 2 Back-End Engineers and a QA Engineer. 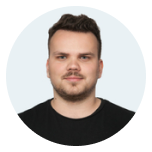 Blind'a was a really interesting project. Even though dating apps might seem like an area where most concepts have been already explored, Steven was able to come up with a novel concept for connecting people. This resulted in a challenging task for a team - which in the end we were able to overcome and release the app.

One of the most important features is the option to create profiles. Every Blinda (dater) has the possibility to complete own profile with the most important information based on available templates or by creating it from scratch. Also, people in the role of Seekers (matchmakers) can create profiles of their Blindas. The final verdict on the appearance of profiles rests with the Blindas, who decide whether the created profiles are accepted by their friends. 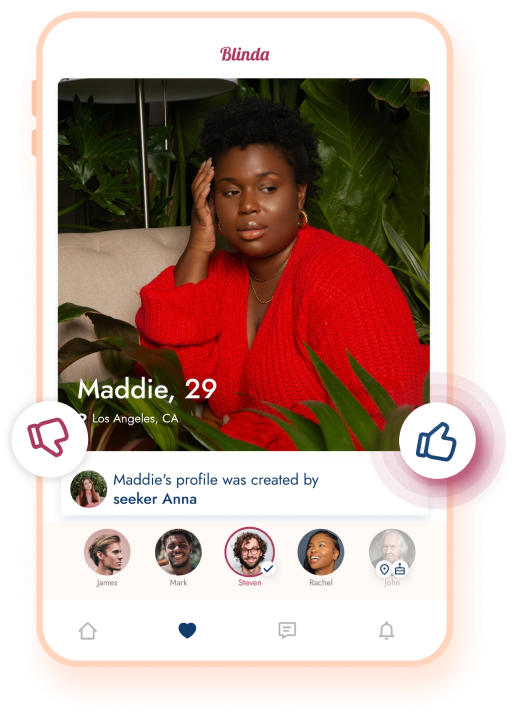 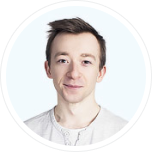 As a React Developer, I had an opportunity to work with a very complex project from the mobile perspective where we had to correctly segment Blind'a profile and Seeker and allow users to maneuver between them with ease. The whole app is able to change its life cycle depending on the one switch which was a real challenge. As a developer, I had an occasion to show and develop my architecture design and programming skills. 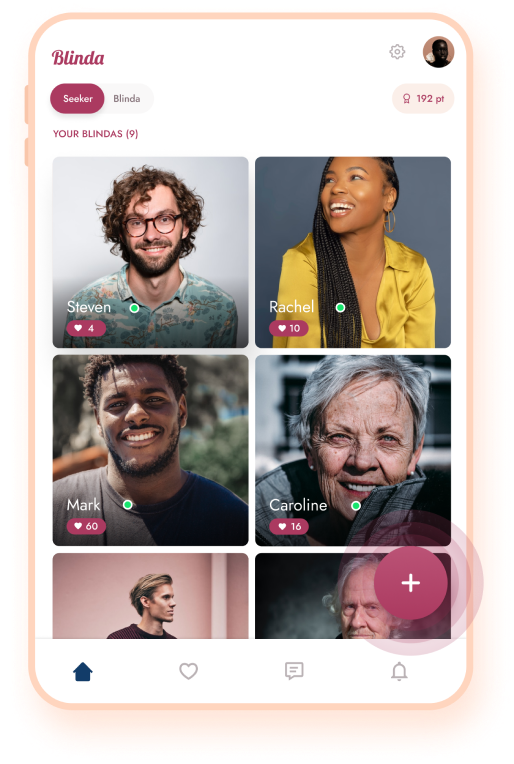 The Admin Panel allows each user to manage their profile individually. This is the place where both Blindas and Seekers can edit their descriptions, invite friends, and view suggested matches. That feature also allows you to report any anomalies encountered during your adventure with the app. 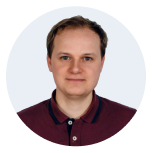 Blinda is a very interesting project which takes a different approach than other dating apps. As privacy of the data is very important here, it was a challenge to set up connections between Blindas and Seekers with correct visibility and access to specific accounts.

Another feature is a chat where seekers contact each other and gather more information about Blindas. This feature allows users to get to know each other better and match potential dates. Moreover, besides text messages it is also possible to send photos. The communicator helps to get to know daters better from the perspective of their friends and to determine if a possible meeting of theirs has potential. 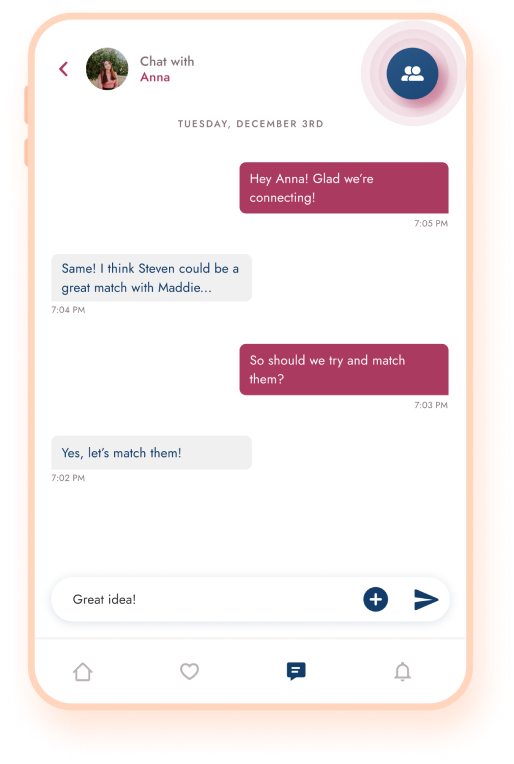 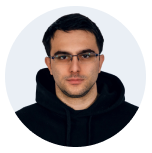 During the development of this project we had to deal with a very complex account creation process, and handle multiple initial states and transition paths. At first, it seemed very overwhelming, but with good teamwork , brainstorming and continuous improvement we made it bulletproof. 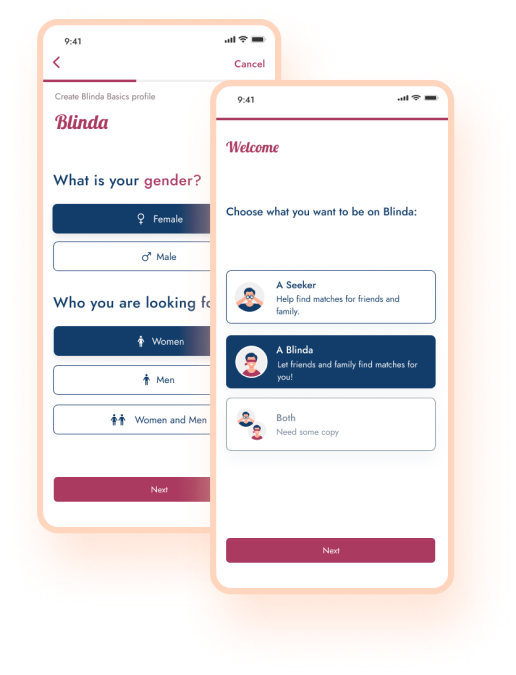 The application has a filtering option. Users can search for profiles based on distance from home, gender, and age. This is a very useful tool that allows selection of daters according to criteria set by Blinda. 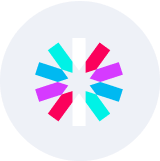 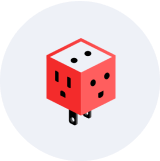 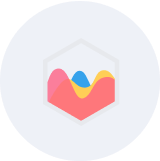 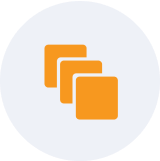 The client came to us with the main concept and ready graphic files. Our task was to make corrections taking into account minor changes. The size and color of particular fonts were improved, in order to obtain better contrast. These actions made the text in the application more readable from the user's perspective. We have also adjusted the design for smaller devices to make using Blinda more comfortable regardless of the used equipment. We modified the main view to make it easier to use. The project was subjected to unmoderated usability testing. These were intended to show small changes in the UI to be made.

Working on QA for Blinda was a challenge of sorts. Due to the number of features available, this application can be considered complex. Blinda is also an application where each user has two perspectives. He can be both Seeker and Blinda, which increases the user's field of decision making. Quality Assurance activities included checking all the paths available to the user and making sure they were working correctly. One of the challenges we faced was working with Twillo and testing the application with real phone numbers. 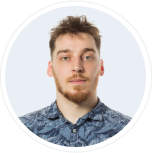 Testing was hard in some parts, but also interesting because of the multitude of paths and settings possibilities inside the application. As I joined the project during the course, I had some questions, but good communication dispelled any doubts. An interesting element was testing on two systems simultaneously, from two mobile devices - it was possible to observe the responsiveness of the servers and the application itself in real time. 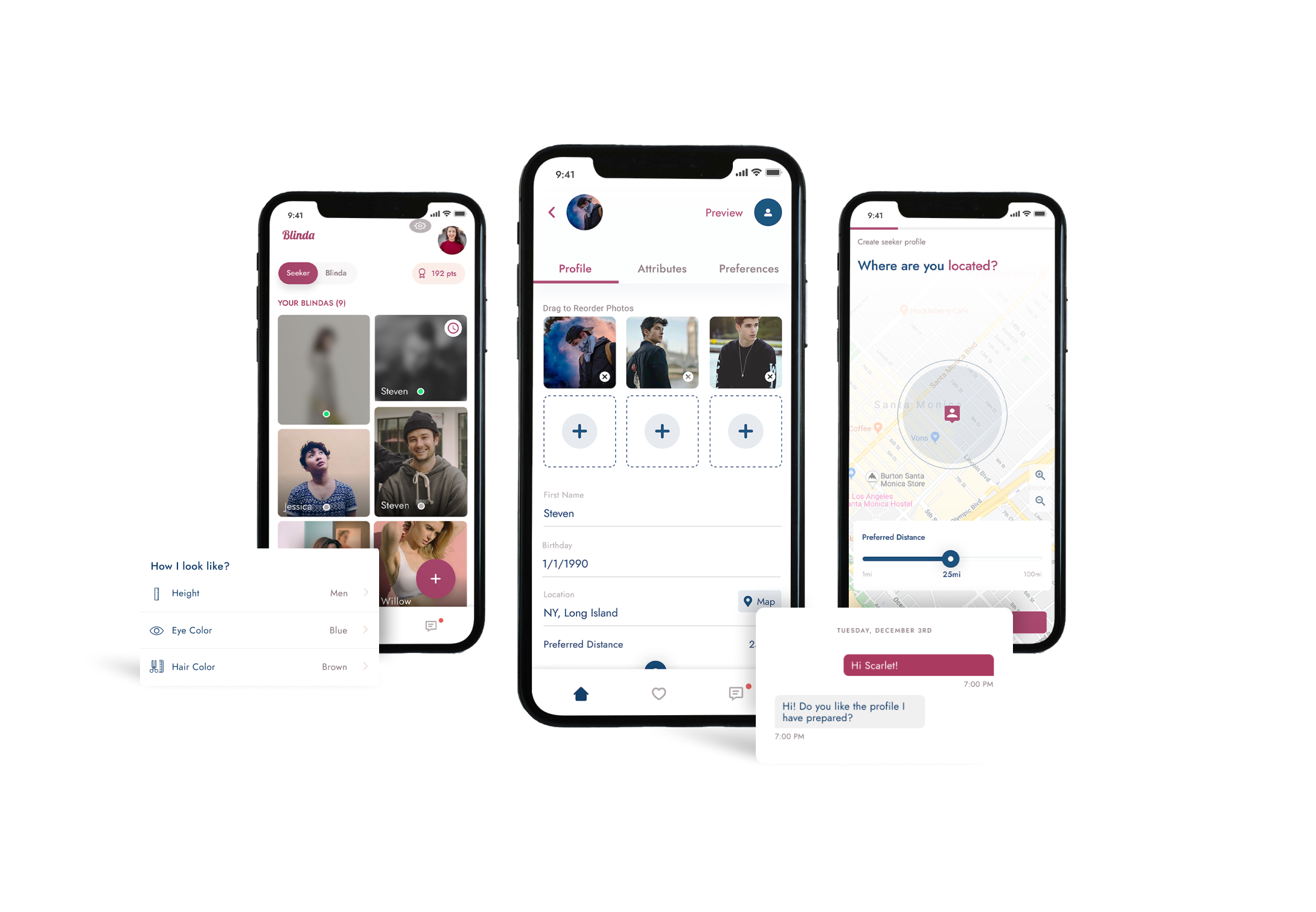 The result of our work is the development of a unique dating app available for iOS and Android operating systems. At the moment, Blinda is only available to users located in San Francisco. However, according to founder Steven Irvin, this is just the beginning of the app's wider expansion. Like Steven, we believe in the potential of this project and keep our fingers crossed for its success.

Within five months of collaboration, Railwaymen successfully released Android and iOS versions on time. The team concisely communicated all milestones, changes, and expectations. Above all, they perfectly managed a complex project, strategically performed tasks, and delivered accordingly.

Check interview with Steven and review

Are you ready to create your software with us?

Let’s get it started